Unique & Weird habits in China you should know before traveling

For some unknown reason, I’ve always been fascinated by China and its sometimes rather odd and weird habits. Since I was a little girl, I knew that I would move to live there. Who knows, maybe I was Chinese in my previous life.

The first time I went to China was in 2004. I stayed in Shanghai for three weeks, and it felt like another planet. It’s not the case anymore, but back then there were few foreigners. It’s difficult to explain, but somehow, each time you saw another non-Chinese person, you’d automatically stop for a chat.

Since my Shanghai adventure, I traveled extensively within the country, picked up enough Mandarin to get myself in and out of trouble, and finally relocated to Beijing in 2013. I did not feel like a foreigner there, it felt like home. Despite that, some rather weird Chinese habits took a while to get used to while I lived in China.

Check out some of the interesting and weird habits in China below, that you will probably need to know before traveling to the land of the dragon. (yes, it’s the country’s nickname).

Disclaimer: Raising Little Travellers is a participant in the Amazon Services LLC Associates Program, an affiliate advertising program designed to provide a means for sites to earn advertising fees by advertising and linking to amazon.com and its partners. These affiliate links allow me to earn a small commission on qualifying purchases you may make without any extra cost to you. Thank you so much!

In the West, we apologize after sneezing. And others respond by saying bless you. That’s not the case in China.
I taught English in a middle school in Beijing. Every time I sneezed, I would apologize.

However, none of my colleagues or students paid any attention. No Chinese person ever told me bless you. That is not because they are rude or mean. Sneezing is considered a normal bodily function, and there is no need to apologize for that. When you think of it, it does make sense, right?

Running from an invisible monster

If your stay in China involves taking the subway, be prepared for a unique experience. Taking a train in rush hours is jaw-dropping for first-timers. The subway system in Beijing is very well developed, the trains are modern and surprisingly clean. However, there are thousands of people with different agendas trying to get on trains! It also seems that they are running away from an invisible fire or a monster when they see a train approaching a platform. The dedicated staff at subway stations literally push people inside train carriages, so that the doors of trains could close.

At first, I would wait (in what would be a queue in Europe) on the platform hoping that ‘the next train would be emptier’, or that other passengers will join my queue, or that fewer people will sprint towards the train and fight their way in. Never happens. You just go with the flow and let the crowd push you inside the train…

I guess spitting is the most well-known of Chinese habits. And spitting was the hardest and took the longest to get used to when I lived in Beijing. It would even make me sick walking behind a person on a crowded street who, all of the sudden, makes this most awful noise in their throat and spit the content on the pathway. Or during a taxi ride, it’s completely normal for a driver to lower the window and spit on the road. Argh… Yes, basically be aware that it is a common thing there. So, watch your step, and don’t wear shoes inside your home after walking the streets in China.

This one is one of my favorite weird (to the foreigner’s eyes) Chinese habits. Getting to know cultural differences is always amusing and interesting. I knew enough Mandarin to get around and handle non-complicated daily conversations. I truly enjoyed chatting with local people in Mandarin, and they appreciated my efforts.

So, during this experience, I learned that Chinese people tend to ask questions we would never ask strangers in the West. It can be anything from finance to age, relationships, and physical appearance. For example, I am in a taxi, and the driver would ask the usual, like where are you from, do you like Beijing, etc. Then they would ask what I do for work. I’d say I teach English at school, and the question that would follow is how much do you make?

Multiple times strangers asked about my age, why I think I am not married, how much money I earn, etc. I had several Chinese friends whom I love dearly. When we had get-togethers at my place, they used to ask how much one or the other item cost, how can I afford it, etc.
While these kinds of questions seemed rather intrusive at the beginning, I realized that maybe it’s not that the Chinese ask inappropriate questions, but we, Westerners, are overly sensitive, polite, and tied by tabus. What do you think? Share in the comments below!

So far, I’ve lived in 8 different countries on several continents, and nowhere were women so kind towards other women. I lost count of how many times Chinese women, young and old, told me Nǐ shì hěn piàoliang (you are very beautiful) to me. This is one of the many things I learned from Chinese people. I give compliments to women. If I see one who looks nice or does something well, I tell her that. Try it sometimes! You will put a smile on another woman’s face, and it also makes you feel good somehow. No matter how small the compliment, it always cheers someone up. After all, in a world where you can be anything, be kind.

Although China is the birthplace of tea, the most common drink in China is warm water. It comes as default in restaurants, people carry thermoses with hot water and sip them throughout the day.

At first, I found it odd, after all, warm water tastes like, well nothing. However, according to Traditional Chinese Medicine warm water is good for health, while cold water adds stress to the body, especially if consumed on hot days. I think there is truth to that, just like the Chinese, I got used to drinking warm water, like all the time, and felt better than ever. And I still drink warm water every day.

I left China for Singapore in 2017, and to this day, you will never see me drinking cold water or drinks with ice cubes. Try it!

Sharing a good Chinese hack for a power nap in the middle of a working day here! As mentioned above, I worked at a public school in Beijing. We had a teacher’s room, and each teacher had their desk. The first time I saw my colleague napping on the desk, I freaked out thinking she had a heart attack or something. However, it’s a common practice in China. If you have some time and feel tired, cross your arms on the desk, lay your head and enjoy the power nap!

You will see many toddlers wearing Kai dang ku. This Chinese term translates to split-crotch pants. As the name suggests, the pants are open through the middle so toddlers can relieve themselves whenever they feel like it without spoiling their clothes. Convenient, isn’t it?
This invention has been a child-rearing tradition in China for centuries. And although diapers are widely available nowadays, you will still see plenty of toddlers with naked bums relieving themselves in the most unexpected places.

So, these are just some of the many interesting, and at times weird, habits in China you will encounter during your trip to this beautiful country.
I recommend visiting China and getting to know the local people, customs, and ideally the language.

Living in China has been a wonderful experience, and given an opportunity, I would be thrilled to move back.

P.S. If you’d like to learn more about living in China, read our interview with German expat Natasha and her parenting experience in Beijing here. 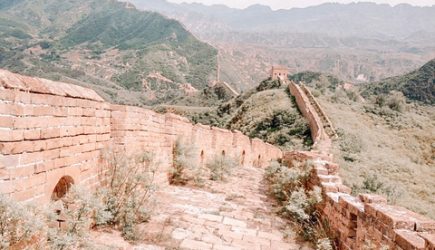 Living in China with kids as an expat family

What is living in Beijing, China with kids like? I’m so happy to introduce a new topic to our Raising Little Travellers blog. I…
View Post 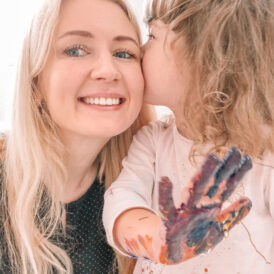 In this blog I write about great places to go to with kids as well as give advice on travelling with young children.

Join us on this journey!